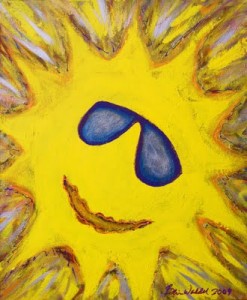 The idea of charging batteries from solar energy sounds simple and the basics are indeed simple however there are several important issues that must be addressed to provide a safe and reliable system. In a multi-panel parallel array, if one panel should develop a short the other panels will send current to the short and overload the panel’s wiring which may cause a fire. Therefore, when more than two panels are connected in parallel, fuses must be used to protect the panel wiring upstream of the solar charge regulator to prevent the other panels from back feeding into the shorted panel. With a fuse rated appropriately for the panel’s wire size, the fuse will blow, disconnect the shorted panel from the system and prevent an over current condition that might cause a fire. Charge controllers usually have a night time disconnect, which prevents current from the battery system from back feeding to the solar panels at night or when shaded by clouds or other conditions, but an effective disconnect and circuit breaker should be installed between the output of the charge controller and the battery system. For this I use a magnetic type DC circuit breaker with a trip current about 20% higher than the maximum current rating of the solar array. The reason for this is because solar panels are rated for output with 1,000 watts of sun per square meter shining on them, which is a good amount of energy most of the time. However, when the air is cool and dry, the amount of sun energy falling on the panel is greater and the current output of the panels is proportionately greater. Planning the system for 20% greater current prevents the circuit breaker from tripping when sun conditions are better than normal. When the solar wiring system requires maintenance, the circuit breaker can be turned off and the array fuses removed thereby removing power from the solar charge regulator and its wiring making the system safe to work on. The foregoing addresses the wiring safety issue effectively.

There is another aspect of solar charging systems… that of battery efficiency. Batteries are not 100% efficient, meaning if 100 amp-hours is placed into a battery, less than 100 amp-hours can be drawn out. The difference is dissipated as heat energy. Realistically for lead-acid type batteries in good condition (including losses in the wiring network) the efficiency rating is only about 85%, meaning only 85 amp-hours can be drawn out for every 100 amp-hours input. If power is used as it is produced, the efficiency is only limited by the wiring system losses which should be about 3%. Therefore, efficiency in a boat electrical system can be gained by delivering the output of the charge controller directly to the house panel buss or the main buss for power distribution. In this manner, electrical loads on while the solar system is producing energy will be powered directly by the solar system, not the house battery banks. Energy in excess of the electrical loads will be placed in the battery banks via the battery selector switch and in this manner the house batteries receive charge current. In the case where the battery selector switch is in the “OFF” position, most solar charge regulators will not function and not current will be placed on the house buss.

Today marks the first day the solar charging system is fully functional on Second Star. The most difficult part in completing the systems was something I did not expect. The solar panels are mounted on top of the hard shell cockpit cover. The house electrical panel is mounted high on the companionway bulkhead. I chose to route the wires down one of the forward supports where a GPS antenna wire was already in place. The hole through the cabin top to the support was already there and of ample size. Unfortunately this hole was blocked with hardened poly-sulfide sealant in a most inaccessible location. After picking at it for nearly two weeks, I gave in and drilled two 3/4″ holes in the base of the support for better access. It took another day to pick enough of the old sealant out to run the wires. I can easily patch over the holes now.

Today was a cloudy day, so I could not measure the maximum current, but this will be easily accomplished when sunny to check the overall system. Even with dark clouds the panels were producing over 10 amps. On a bright sunny day the max current should be about 23 amps.